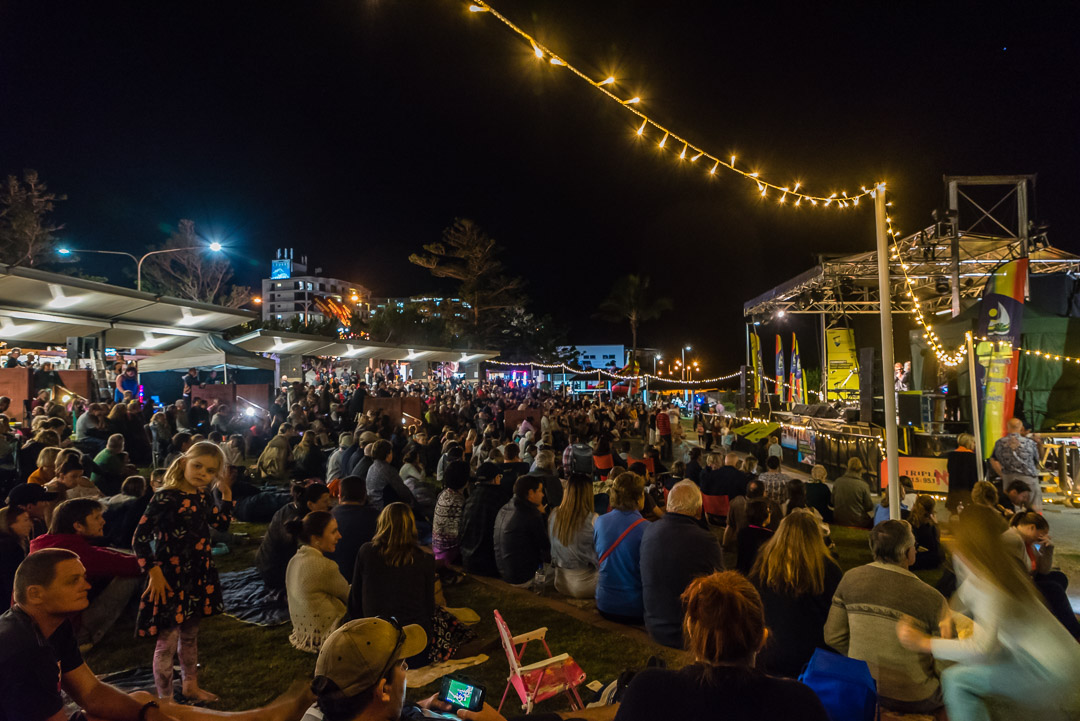 The CQUniversity Village Festival is Central Queensland’s premier music, arts and culture celebration with a history dating back to 2003.

The Festival boasts a significant live music program, a vast array of performing and visual arts productions, street theatre, workshops, food & market stalls and children’s activities.
In 2019 the community will celebrate the 17th Village Festival in the tranquil setting of the Yeppoon foreshore, and at various locations and venues throughout the town and across the Capricorn region!
The core music program for the Village Festival is staged on the iconic Yeppoon foreshore main stage, and is complemented with a number of key venues running significant music and arts programs including: The Strand Hotel; the Queen Street Community Hall; Keppel Bay Sailing Club; The Railway Hotel; and Yeppoon Town Hall.
Many other events and arts programs and installations will also be presented at smaller venues, Beaman Park and on Yeppoon’s main beach and Lagoon Precinct, with plans also for events in Emu Park!
Managed by the CQUniversity Village Festival Board, this not-for-profit community festival is run and managed entirely by volunteers.
In 2019 the Village Festival will run over a full week from the 2nd to 11th of August.